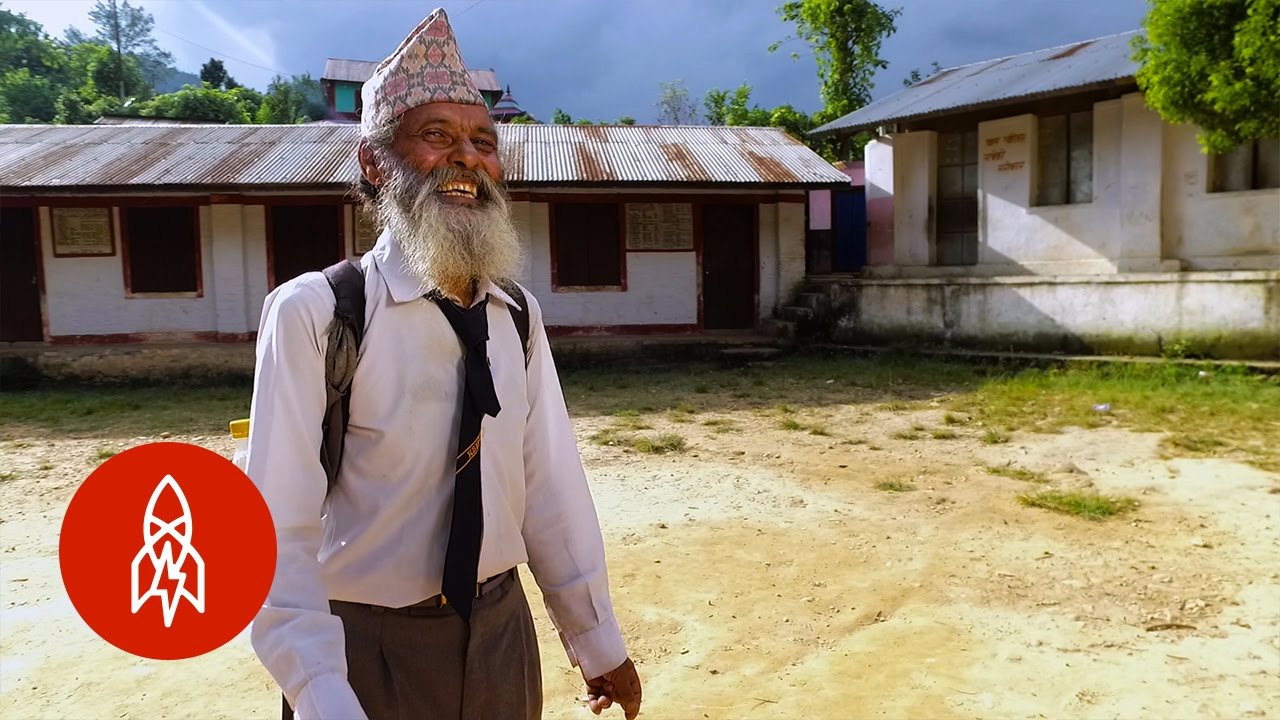 The quest for knowledge and enlightenment should never end, no matter how old we grow to be or if somehow we end up being the oldest kid in class.

Related: Monday Morning Motivate | “Turning the World Inside Out”

Durge Kami, 69, was born into a poor family and lived too far away from school to receive a formal education as a child. But that hasn’t stopped him from finishing school now. He’s the oldest student in his school and his classmates affectionately call him Bajee, or ‘grandpa’ in Nepali. Durge hopes that his persistence can set an example for both young and old.

Durge, is an inspiration to those who feel that they maybe too old to learn something new. A lot of times our impact on the world isn’t a result of something we’ve done, but the process and way we choose to go about doing it.

Because the start of everyone’s week deserves serious juice.