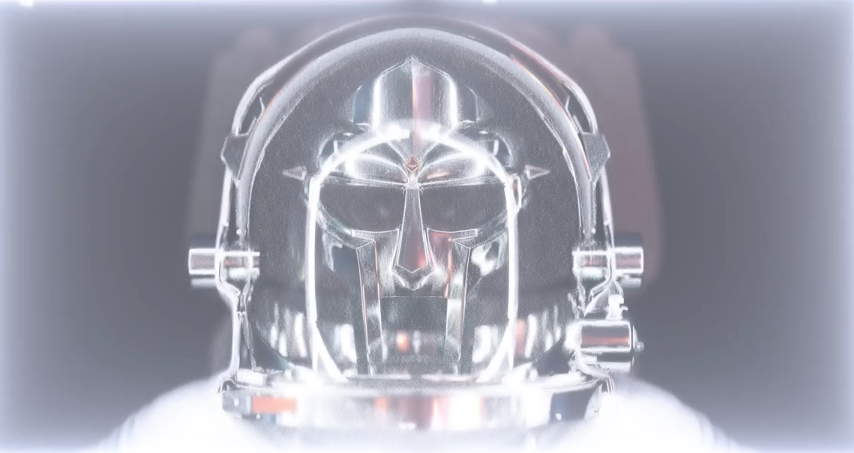 What is your version of a “Super Hero?”

Is it your Dad, local firefighter, Obama? Growing up and going through life the answer to this question is in a constant state of flux, but for many a rapper and fans of hip-hop alike it all goes back to comic books. From the Wu-Tang Clan to legendary Rappers Kool Keith and MF Doom, who’ve created their own comic personas – rap and comics go together like ice cream and summertime everything. In the latest visual installment from Director and friend of the dynamic, Kris Merc, he described the video like so to The FADER:

I wanted to capture something that felt like a visual pop travesty. I wanted it to visually speak to the legacy of the artists, and Afrofuturism mixed with comic book concepts. I’m a fan of the unseen, and I was obsessed with the idea of using DOOM’s mask and the iconography as a centralized point — as if time and space converged around these strange, sometimes magical tableaus and we were witnessing an ascension.

On that note, we’re signing off hoping that this weekend you embrace yourself as the Super Hero.